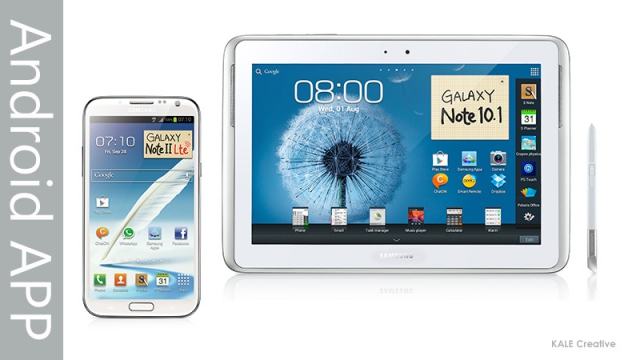 Android is a Linux-based operating system[12] designed primarily for touchscreen mobile devices such as smartphones and tablet computers. Initially developed by Android, Inc., whichGoogle backed financially and later bought in 2005,[13] Android was unveiled in 2007 along with the founding of the Open Handset Alliance: a consortium of hardware, software, and telecommunication companies devoted to advancing open standards for mobile devices.[14] Thefirst Android-powered phone was sold in October 2008.[15]

Android is open source and Google releases the code under the Apache License.[12] This open source code and permissive licensing allows the software to be freely modified and distributed by device manufacturers, wireless carriers and enthusiast developers. Additionally, Android has a large community of developers writing applications ("apps") that extend the functionality of devices, written primarily in a customized version of the Java programming language.[16] In October 2012, there were approximately 700,000 apps available for Android, and the estimated number of applications downloaded from Google Play, Android's primary app store, was 25 billion.[17][18]

These factors have contributed towards making Android the world's most widely used smartphone platform,[19] overtaking Symbian in the fourth quarter of 2010,[20] and the software of choice for technology companies who require a low-cost, customizable, lightweight operating system for high tech devices without developing one from scratch.[21] As a result, despite being primarily designed for phones and tablets, it has seen additional applications on televisions,games consoles, digital cameras and other electronics. Android's open nature has further encouraged a large community of developers and enthusiasts to use the open source code as a foundation for community-driven projects, which add new features for advanced users[22] or bring Android to devices which were officially released running other operating systems.

Android had a worldwide smartphone market share of 75% during the third quarter of 2012,[23]with 750 million devices activated in total and 1.5 million activations per day.[24] The operating system's success has made it a target for patent litigation as part of the so-called "smartphone wars" between technology companies.[25][26] As of May 2013, a total of 900 million Android devices have been activated and 48 billion apps have been installed from the Google Play store.[27][28]